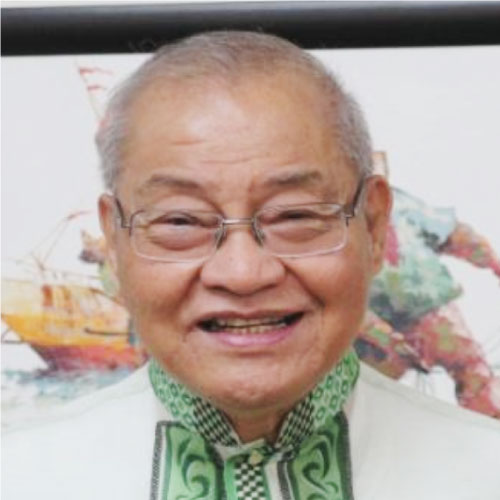 He is considered as one of the leading specialists on contemporary China in the Philippines, and is an award-winning broadcast journalist who has lived and worked in China for almost four decades.

Before his appointment as ambassador to China by Philippine President Rodrigo Duterte, he was the president of the Philippine Association for Chinese Studies, and a professorial lecturer on Chinese politics and foreign policy at the Asian Center, University of the Philippines. He was also active in "track two diplomacy" and participated in several international conferences on the South China Sea issue in Vietnam, Singapore, Indonesia, Malaysia, China, Belgium and Italy.

He served as a special consultant to former President Fidel Ramos in August 2016 when Ramos held talks in Hong Kong with senior Chinese officials as President Duterte's special envoy. This historic “ice-breaker" meeting paved the way for the successful state visit of President Duterte to China in October 2016, which brought about a dramatic improvement in Philippines-China relations.

As ambassador, he accompanied President Duterte during his participation at the International Belt and Road Conference in Beijing in May 2017 and the Bo’ao Forum in Hainan in April 2018. He was also a member of the Philippine delegation to the Bilateral Consultation Mechanism on the South China Sea.

He completed his college education in Manila, studied Mandarin in Beijing and obtained a Master's degree in International Relations at the Fletcher School of Law and Diplomacy in Massachusetts.