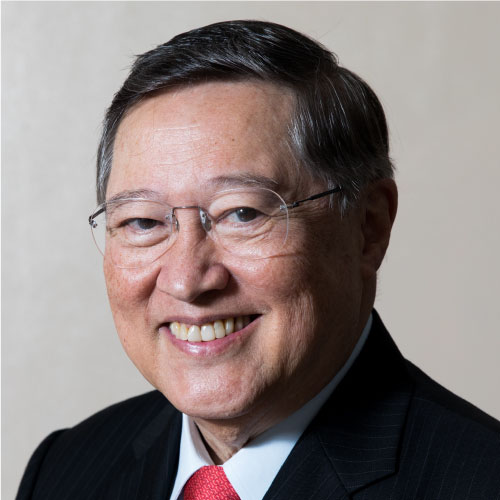 Secretary, Department of Finance, Republic of the Philippines

Carlos G. Dominguez has over 40 years of vast experience and an outstanding track record of achievements at the helm of various organisations in the public and private sectors. His expertise was borne out of his experiences as a shareholder, board chairman, and being a member of over a dozen corporations across multiple industries such as power, agriculture, mining, banking, hospitality, real estate, and investment.

As the secretary of Finance, he also serves as chairman of the Land Bank of the Philippines, a government-owned and controlled corporation primarily tasked with spurring economic development in the countryside through the delivery of innovative financial services in rural areas. He also chairs, among others, the Philippine Deposit Insurance Corporation, and is a member of the Monetary Board.

Under his leadership, the Department of Finance (DOF) was able to draft, and introduce to Congress, the first of a series of its proposed tax reform packages known as the Tax Reform for Acceleration and Inclusion (TRAIN) Act less than 90 days from the time he assumed the Cabinet portfolio in July 2016. President Rodrigo Roa Duterte signed into law the TRAIN Act (Republic Act No. 10963) on December 19, 2017. On his watch, the Philippines’ key revenue agencies – the Bureaus of Internal Revenue (BIR) and of Customs (BOC) – continue to achieve strong revenue growth rates. It was also under his leadership that the BIR was able to secure its largest tax settlement ever (amounting to about $600 million) from a single taxpayer.