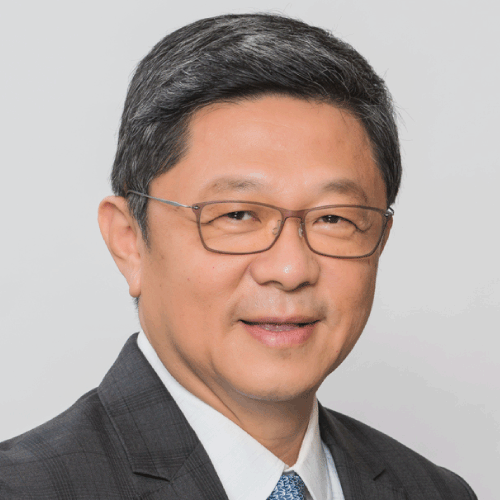 Mr Robin Hu joined Temasek in December 2016 and is currently head of the Sustainability and Stewardship Group. In this role, Mr Hu is responsible for global functions including Corporate Affairs, Institutional Relations, philanthropy, and Sustainability policy, solutions and impact investing.

Prior to joining Temasek, Mr Hu held the position of chief executive officer at the South China Morning Post (SCMP) Group in Hong Kong, which he joined in June 2012. Before that, Mr Hu was senior executive vice president for the Chinese Newspapers Division and Newspaper Services Division of Singapore’s leading media group Singapore Press Holdings (SPH) for eight years. There, he was responsible for managing three Chinese dailies, a bilingual free-sheet, events and exhibitions, and the group’s production, engineering and circulation business.

Mr Hu served as the managing director (Global Business) of Singtel NCS Ltd. between 2001 and 2004. He gained experience in China as the regional director (China) for the Singapore Economic Development Board based initially in Shanghai and Suzhou and later in Beijing. Mr Hu was a counsellor for the Embassy of the Republic of Singapore (Beijing) between March 1998 and December 1999. He served as SVP and Country GM (China) of Nasdaq listed Dotcom start-up Asiacontet.cm Ltd from January 2000 to June 2001.